Over the last four years, we’ve helped leading mobile app publishers test their creative marketing assets on the Apple App Store and Google Play. One of the major challenges that developers face, though, is identifying which creative assets or concepts to test in order to get valuable results.

In this month’s trends analysis, we look at common app preview Screenshot design strategies and the role ASO has played in shaping those strategies.

The Gallery is an essential component of your app store page. In the Apple App Store especially, the Gallery is the most prominent asset in the First Impression Frame (everything above the fold). Even though Screenshots aren’t fully visible in the First Impression Frame of  App Store Listings in Google Play, they still have an impact on your explore and install rate. This is due to the fact that all visitors who scroll through your store listing are exposed to the Screenshots in your First Impression Gallery (all creative assets that can be seen without browsing through or interacting with the Gallery).

When the Apple App Store and Google Play first launched, mobile app publishers weren’t yet equipped with the right resources or third party platforms with which to test their creative assets.

During this time, most Screenshots utilized simple designs and straightforward messaging that namely conveyed the app’s key features and overall functionality. The lack of diversity kept apps on the same monotonous playing field.

As both app stores began to grow—or explode rather—the opportunity for apps to be discovered diminished. This pushed app marketers to focus their efforts on getting their app noticed and increasing installs among growing competition. 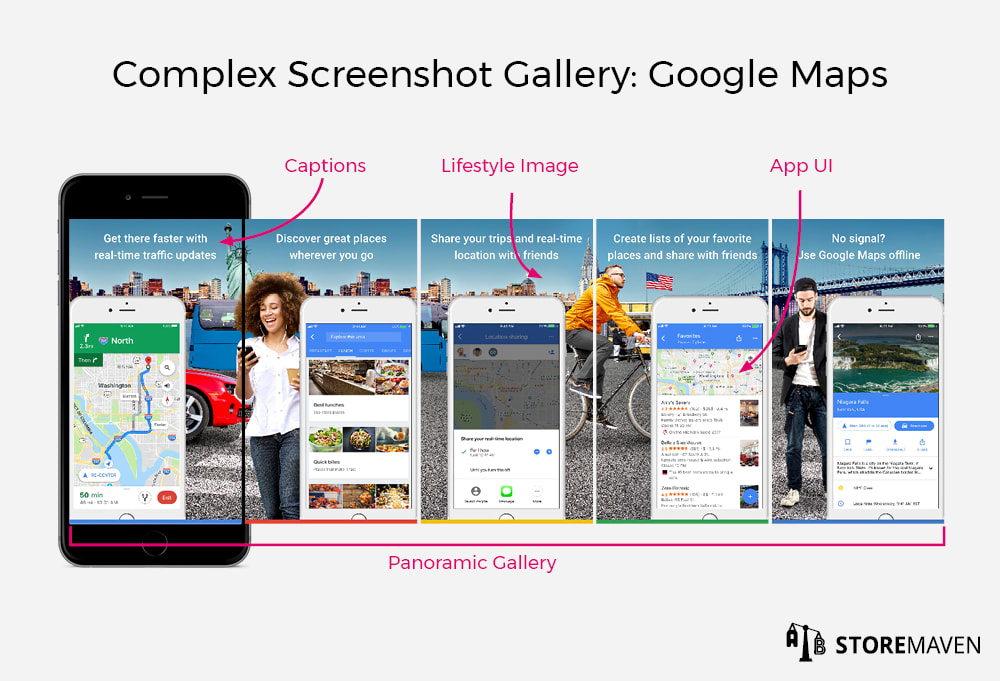 In the example above, the Screenshot Gallery is more than just a solid colored background with captions. It grabs your attention by using a unique combination of design elements, lifestyle images, app UI, and copy.

As more app publishers began to incorporate complex, multi-layered creatives into their Screenshot Galleries, ironically, the less unique they became. This is why we’re starting to notice a shift back to the way it was in the beginning—simple designs and straightforward messaging. Roughly 70% of apps in the Top Charts (both paid and free) currently have more simplistic designs. 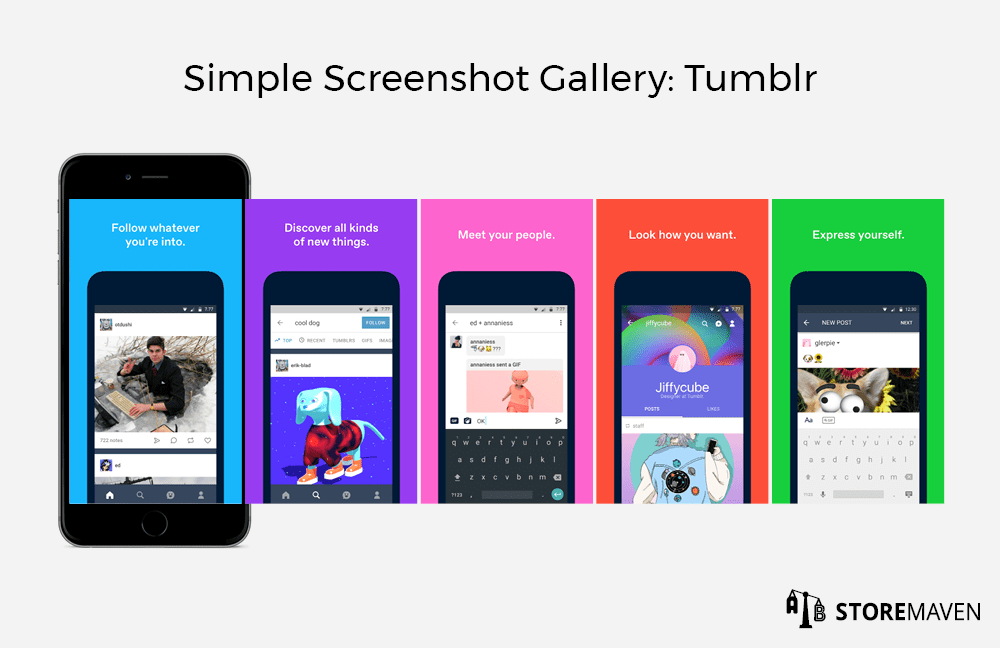 In the example above, Tumblr employs this insight to test the effectiveness of simple Screenshot Galleries. 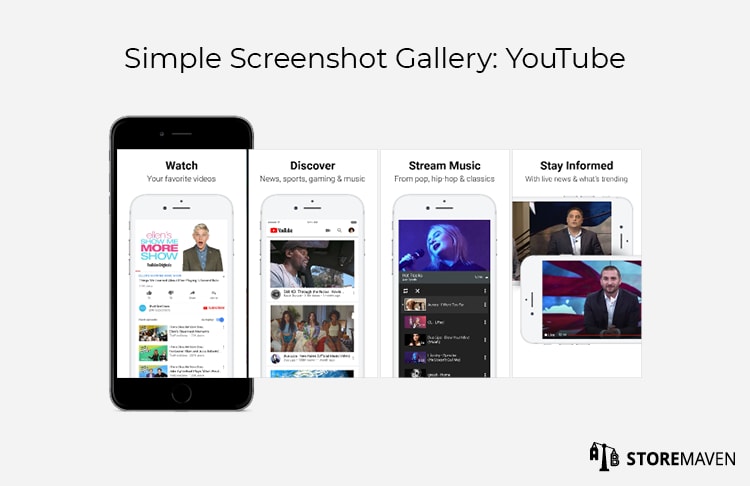 YouTube is another great example of a company that originally incorporated a Panoramic Gallery in their app store, but has since transitioned to simplistic and straightforward messaging.

This goes to show that a successful ASO strategy is more than just a couple of tests for a one-time CVR boost. Rather, it’s about creating a strong, long-term game plan that allows for ongoing performance optimization of your app store.

If there’s one thing we’ve learned through years of helping companies test their creative app store assets, it’s that app stores are dynamic ecosystems. What works now won’t necessarily work next month. The key is to keep testing in order to learn and evolve with the market.

5 Components of a Winning ASO Strategy
What Does New Data on Reinstalls Mean for App Store Optimization (ASO)?