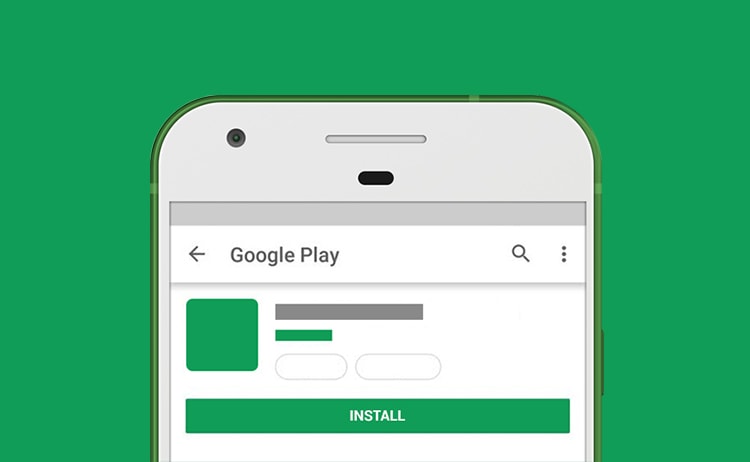 What the Google Play Redesign Means for Developers and ASO

Google Play is slowly but surely rolling out a significant redesign of the Play Store App Listings. Unlike Apple, who only redesigned the App Store once in the last decade, Google makes changes fairly frequently. However, this update is far more substantial than the usual.

This type of change raises questions such as: what are the motivations behind the redesign, how will developers benefit from it, and what does the redesign mean for App Store Optimization (ASO)?

From a strategic point of view, Google is constantly looking for ways to push more advertising dollars and R&D hours from iOS to Android. iOS has been the dominant platform when it comes to the ability to retain and monetize users; however, Android significantly outpaces iOS in growth—especially internationally. In addition, with its scale, the cost of acquiring new users on Android is usually less expensive than it is on iOS. Google understands that its largest advantage is its distribution ecosystem, which enables developers to grow faster and more efficiently. Therefore, we will continue to see more innovation from Google that enhances the acquisition funnel.

And that’s precisely what we’re seeing. Earlier this year, we were introduced to Instant Apps, automated campaigns with UAC, and now… the new Play Store App Listings. 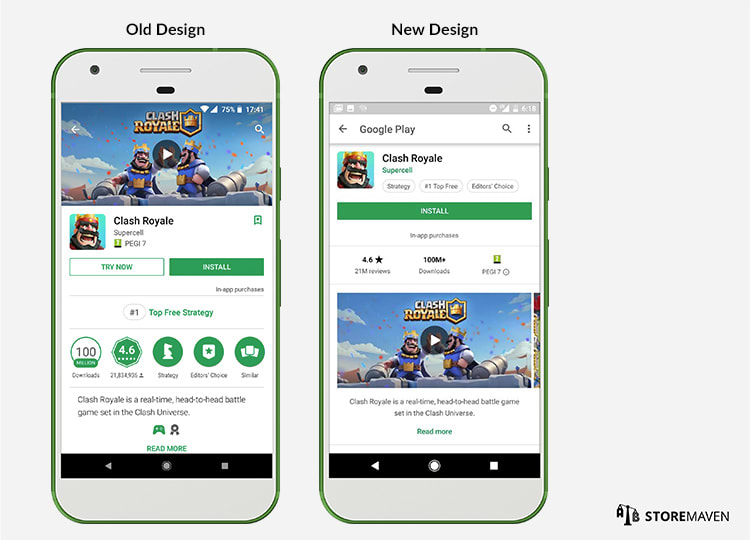 Advertisers are getting more and more sophisticated, not only measuring installs but also, measuring the Return on Ad Spend (ROAS). This places pressure on Google to adapt and optimize for quality, which seems to be the main motivation behind the latest redesign.

So what was wrong with the previous design? And what is getting fixed?

By analyzing visitor behavior in the previous App Store Listings design, we can easily explain some of the changes and highlight where future opportunities lie for developers and ASO. (To see all changes made to your App Store Listing page, use this free previewer!) 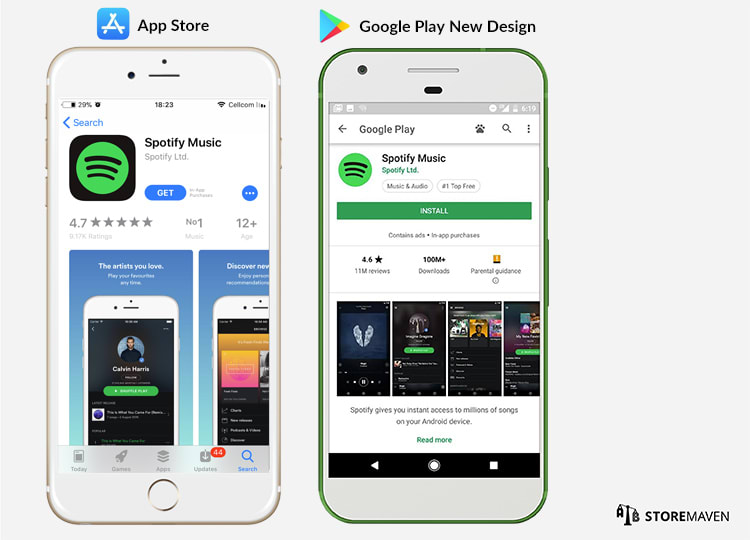 The new design makes Play Store Listing pages much more reminiscent of iOS App Store Product Pages. The Gallery update, removal of Feature Graphic, and a more prominent Evaluation Tab is much more similar to that of the Apple App Store. That said, don’t make the mistake of assuming that the two platforms will drive the same install rates or user behaviors.

While there are new design similarities between the two app stores, there are still a host of differences (e.g., no autoplay feature on Google Play videos, image resolutions are different, content in the First Impression Frame, tag bubbles underneath the App Title, etcetera). In addition to design differences, developers often drive different traffic to each store (i.e., different sources, campaigns, and ad banners), competition is different as different apps are popular in each platform, and different devices yield different considerations. Furthermore, there are reasons why people buy Androids instead of iPhones; whether it’s a usability preference, a financial consideration, or demographic habits, these reasons create a user base for Google that is not the same user base for iOS. In short, Android users and iOS users are simply not the same.

Because of this, you must always maintain unique ASO strategies for each platform, analyze and optimize each according to your users’ behaviors and preferences, and avoid a one-size-fits-all approach for app store marketing. 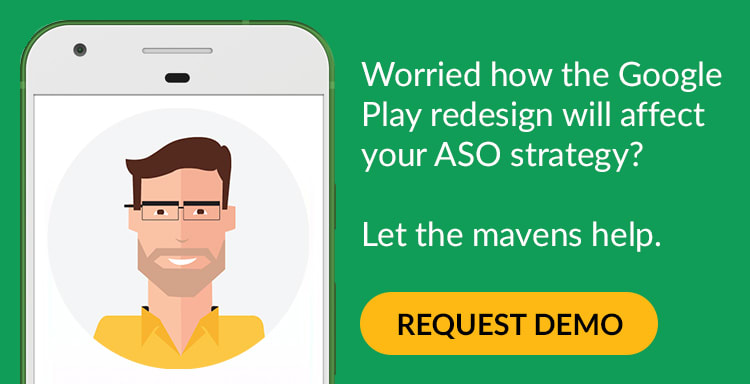 This post was written by Adam Rakib, Founder & VP of Business Development at StoreMaven

Adam is the co-founder of StoreMaven, having previously founded Shaker (and winning TechCrunch Disrupt in 2011). Adam copied that first line from co-founder Gad, but it is in fact true for him as well. Amidst a sea of techies, Adam translates code to dollars and specs to business models. As the most social Maven, Adam has probably spoken to you at one point or another, and you may remember him from his heavily-styled hair or hole-riddled t-shirt. When not denying his emo-hipster essence, Adam likes playing soccer, reading every article about mobile ever, and stealing everyone else's chargers.