The Apple App Store is now available in 155 countries and in more than 40 languages. The Google Play store is available in 152 countries and in 77 languages. It’s obvious that if your app store only caters to a Tier 1 market or simply one country/language, you’re not taking full advantage of this global reach and your app’s distribution potential.

With a localized and culturalized app store, the potential CVR lift is simply too big to ignore.

After analyzing over 500M user sessions on the Apple App Store and Google Play, we have identified the potential impact of localization and culturalization, and crafted a list of best practices to help guide you in increasing global visibility and boosting conversion rates (CVR).

What is App Store Localization? 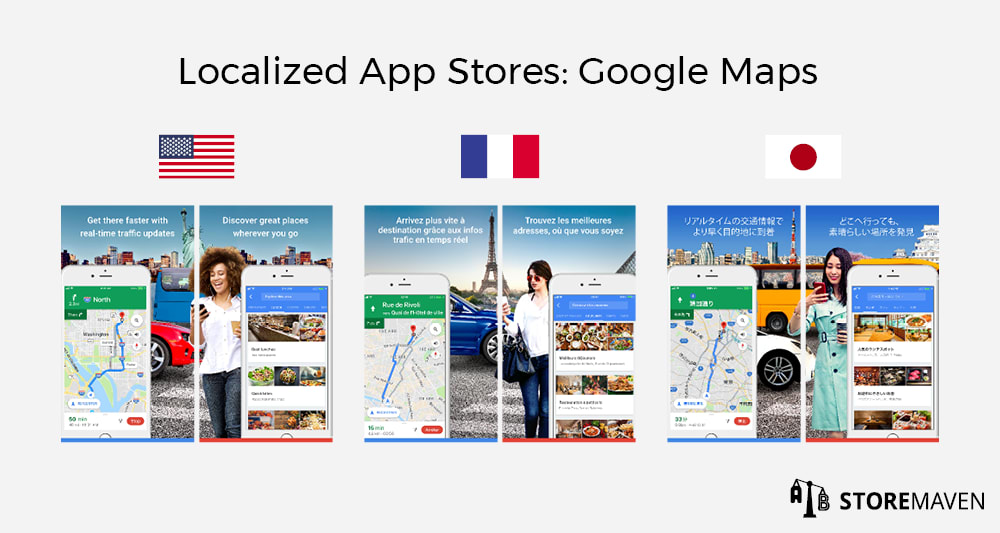 In the Google Maps example above, you can see localized app stores for the United States, France, and Japan. Notice how they used the same exact messaging, features, and design but in different languages, and with different models and cities.

Our data shows that among the world’s top gaming apps, the CVR lift gained from localizing app stores reached up to 26%. 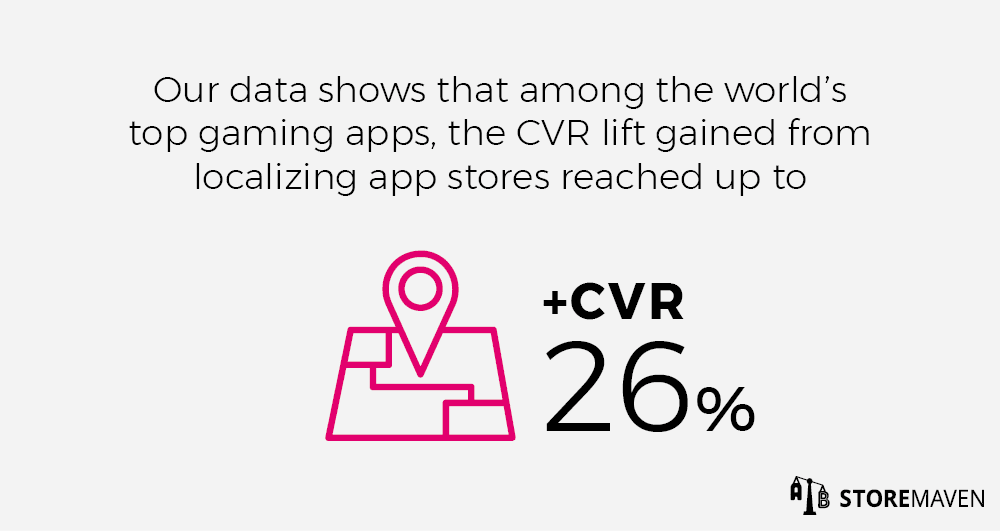 This is by far your lowest hanging fruit. That is, by simply translating your app store metadata into different languages, you can increase your impression to conversion rate.

Tips from our playbook…

It’s one thing to localize your app store—forgive the idiomatic pun—but it’s a whole new ball game to culturalize it!

What is App Store Culturalization? 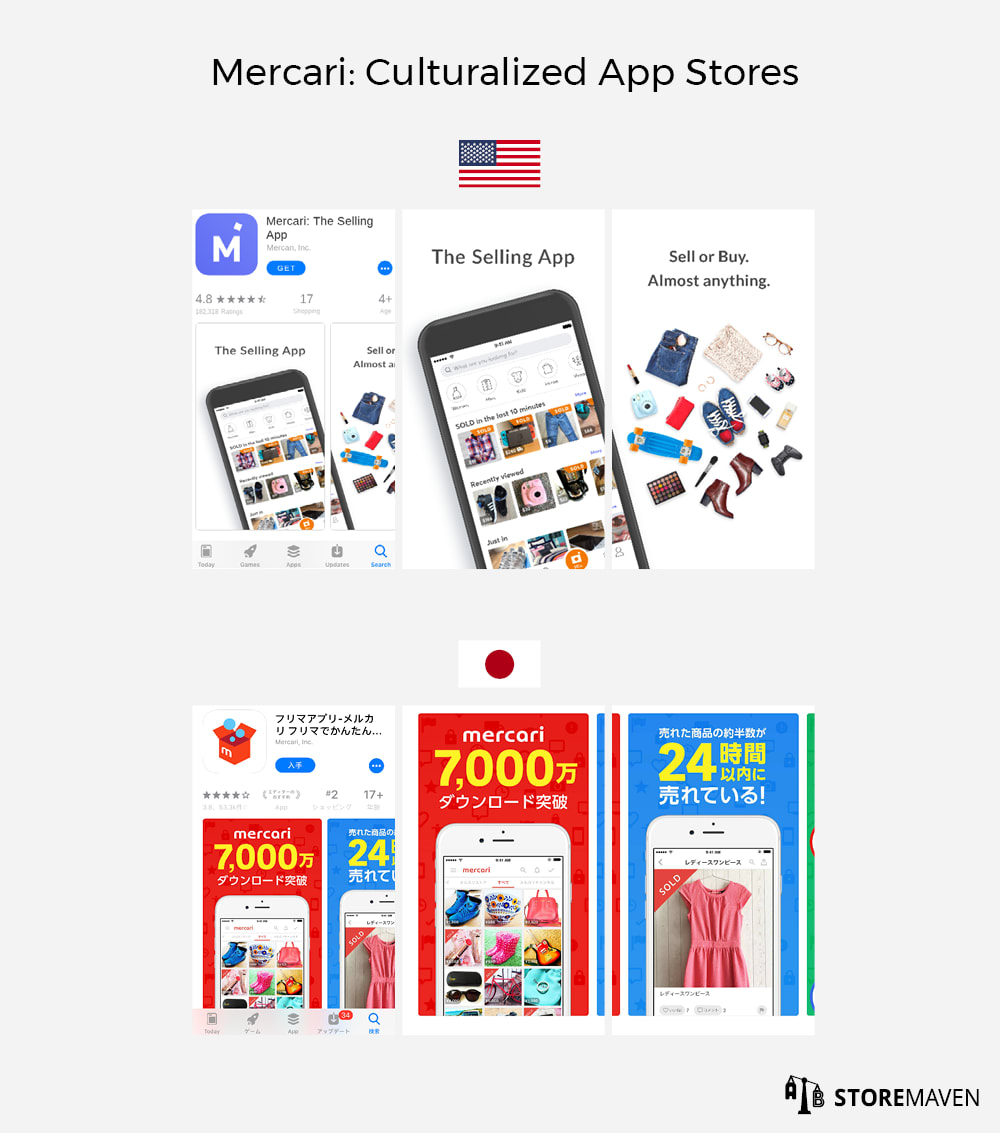 In the Mercari example above, you can see localized app stores for the United States and Japan. Rather than a simple translation, these stores are completely different.

Simply put, culturalization is the process of creating a custom app store for a different locale/language based on that region’s unique values and beliefs.

“There is an even higher CVR potential for culturalizing app stores” 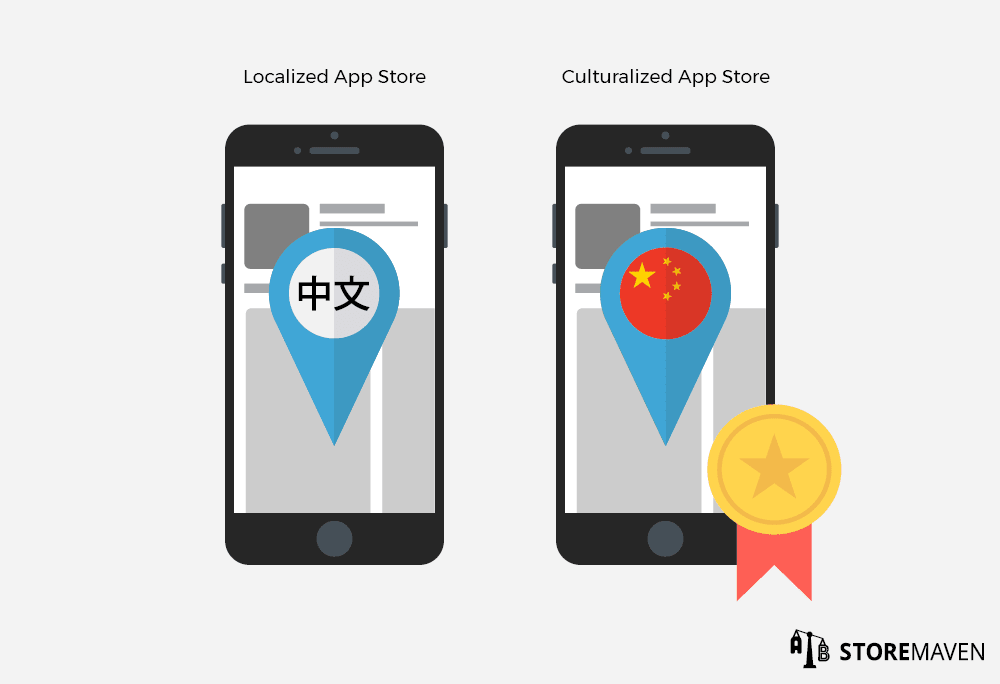 Tips from our playbook…

The basic idea behind app store localization and culturalization is to make your app store content legible and meaningful to people across different regions and linguistic backgrounds. Our data proves that the potential impact is substantial. And yet many developers are still missing out on the opportunity to grow their app globally and boost CVR. Don’t be one of them.

If you have questions on where to start, feel free to contact us at info@storemaven.com.